How should the competitors react to the new Huawei’s strategy?

Huawei’s growth strategy always tended to be called long-headed, underhand and astute by their main competitors in telecommunication market. The even got a title of “the crouching tiger” due to their ability to extract value from what they are doing and moving straightforward showing results whatever the competitors’ measures are. Still leaving number of question without answers (dominantly ones concerning the company’s desires and “final destination”) Huawei’s strategy of expansion seems to be at least partially revealed now judging by the latest results they have achieved.

From the very beginning of 2020 the Chinese giant managed to take under control significant parts of markets it is operating in through reaching major agreements with mainly governments of governmentally-established firms. The desired conditions for Huawei tended to be focused on the access to 5G-facilities, other players opposed the company trying to persuade the authorities that main actions of Huawei are ones of illegal nature. The dominant role in opposition is held by American companies, while the final decision on the legitimacy of the company’s expansion is not made by court yet, some experts say that the true reason is significant changes in power balance, which are about to leave US telecom giants without massive part of their clients.

What is the model of expansion path chosen by Huawei? Firstly, they showed willingness to support IT-developers and employ British designers and analytics, the move which was immediately estimated by their rival as a reciprocity trap. After that, they gained the support of governmental institutions, which provided them with access to major facilities. The next step was in serving with complementary products such as maps and news services. Becoming a dangerous competitor of Google corporation, they were accused of stealing commercial secrets and using unfair methods to reach “critical national infrastructure”, which sounds groundless and far-fetched.

Anyway, the fact is that Huawei demonstrated rapid market growth and unbelievably high results especially after foreseeing difficult 2020 after slower revenue growth of 18% in 2019. All in all, the expansion is still on and the final results are difficult to forecast so far, but, undoubtedly, Huawei model of overcoming unpleasant stagnation effects is going to take a place in textbooks. 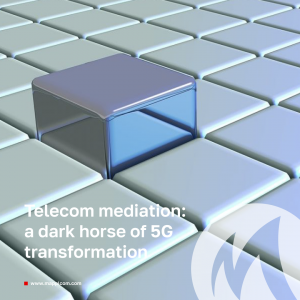